September 1, 1923 — First Mass is celebrated at the Ford’s (now Richard Mahabir’s) residence. A tent is erected for Mass.

October, 1923 — Funds from a Bazaar are used to purchase the land where the present Rectory stands.

December 23, 1923 — Last Sunday of Advent — First Mass is celebrated in the wooden church.

January, 1927 — The Altar Society was incorporated into the Rosary Society, with the added responsibility of raising funds to build a permanent church.

1928 — Location for card parties was changed to the Rectory.

October, 1931 — Ground-breaking ceremony for the present church-school building at 3:30 p.m.

October, 1932 — First Mass is celebrated in the new church and the old wooden church becomes the “Lyceum” for basketball, dances and Boy Scout meetings. School opens with eight classrooms. Sister Pascal, the first principal, and five Sisters of Saint Dominic of Kentucky (Sisters Ralph, Agnes Gertrude, Rose Rita, Helen Marie and Aquinas) make up its first staff. Sister Pascal and Sister Aquinas were siblings. In later years, the two would alternate as principal and eighth-grade teacher. The house next to the “Lyceum” is purchased to be used as a convent for the Sisters.

May, 1934 — The school year ends early so that the roof of the church-school building can be raised, and another floor of eight classrooms added.

1942 — Completion of the convent adjoining the church-school building.

January, 1947 — Jeanne Mance Guild is formed to make cancer dressings for patients at Saint Rose Home, Manhattan, which is run by the Dominican Sisters of Hawthorne.

March 1947 — Committee for the Blind is formed. The 24-year-old wooden church and the old convent building are razed to make room for the erection of the new Rectory and the proposed new church.

1950 — Father John Geary is elevated to the rank of Monsignor.

1954 — School enrollment swells beyond its 16-room capacity. To relieve the overcrowding, students are bused to Nativity School. 1967 — The “New School,” comprised of classrooms, gymnasium/auditorium and meeting rooms, is opened. It is later named the Msgr. Gately Auditorium.

1969 — The Parish Council is formed to serve as an advisory committee to the Pastor.

1971 — Folk music is introduced into the liturgy.

June, 1975 — Renovations completed in the church, including the installation of stained-glass windows.

1983 — Saint Vincent Ferrer marks its 60th Anniversary. A second major renovation is completed in the church.

September, 1986 — Junior and Senior Gospel Choirs are formed. Gospel rhythms are introduced into the liturgy. A new choir space is created among the congregation. Reintroduction of Midnight Mass for Christmas and New Year’s Eve.

1991 — Legion of Mary is established. Dedication of the Choir Room and Rectory Dining Room to Sister Thea Bowman and the Martyrs of El Salvador, respectively. The rectory secretary’s office is dedicated to St. Martin de Porres, The Rectory parlor is dedicated to Pierre Toussaint, the church basement Is dedicated to the Venerable Matt Talbot, and a room in the new school basement is dedicated to St. Rose of Lima.

1995 — The Youth Room is dedicated to Charles Lwanga. The former convent building becomes the John and Gertrude Harrison Home for Mentally Disabled Adults, named for the volunteer directors of the parish’s long-running Saturday Center for the Retarded.  Female altar servers begin assisting at Mass.

1997 — A new Cross is erected atop the church. The statue of Saint Vincent Ferrer is relocated from the school to the church vestibule. 2014 — Msgr. Nugent is transferred to Saints Peter and Paul/Saint Agnes parish, Cobble Hill.  Father Andre Bain is appointed temporary administrator.  Statues of The Sacred Heart, Mary and Joseph relocated to either side of the sanctuary area.

2015 — Father Rony Mendes is appointed temporary administrator of Saint Vincent Ferrer in February.  Father Antonius P. Gopaul is appointed administrator in June, and is installed as the parish’s seventh pastor in September of that year.  The New School is rented to the Board of Education for its Universal Pre-K initiative. 2016 — Repairs of the parish buildings begin with work on the New School building, followed by re-painting and renovation of the Rectory interior. 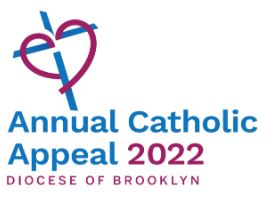 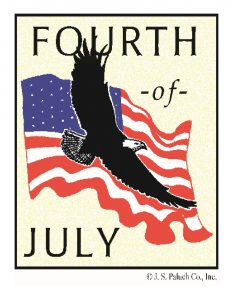 Electronic Giving is now available.
Click below for details.

Masses are streamed daily on our website at the following times